1/ The photons that make up ambient light (visible and near infrared) are transformed into electrons by the photocatode.

2/ The MCP (MicroChannel Plate) will multiply the electrons by thousands. Approximately 70000 times more. 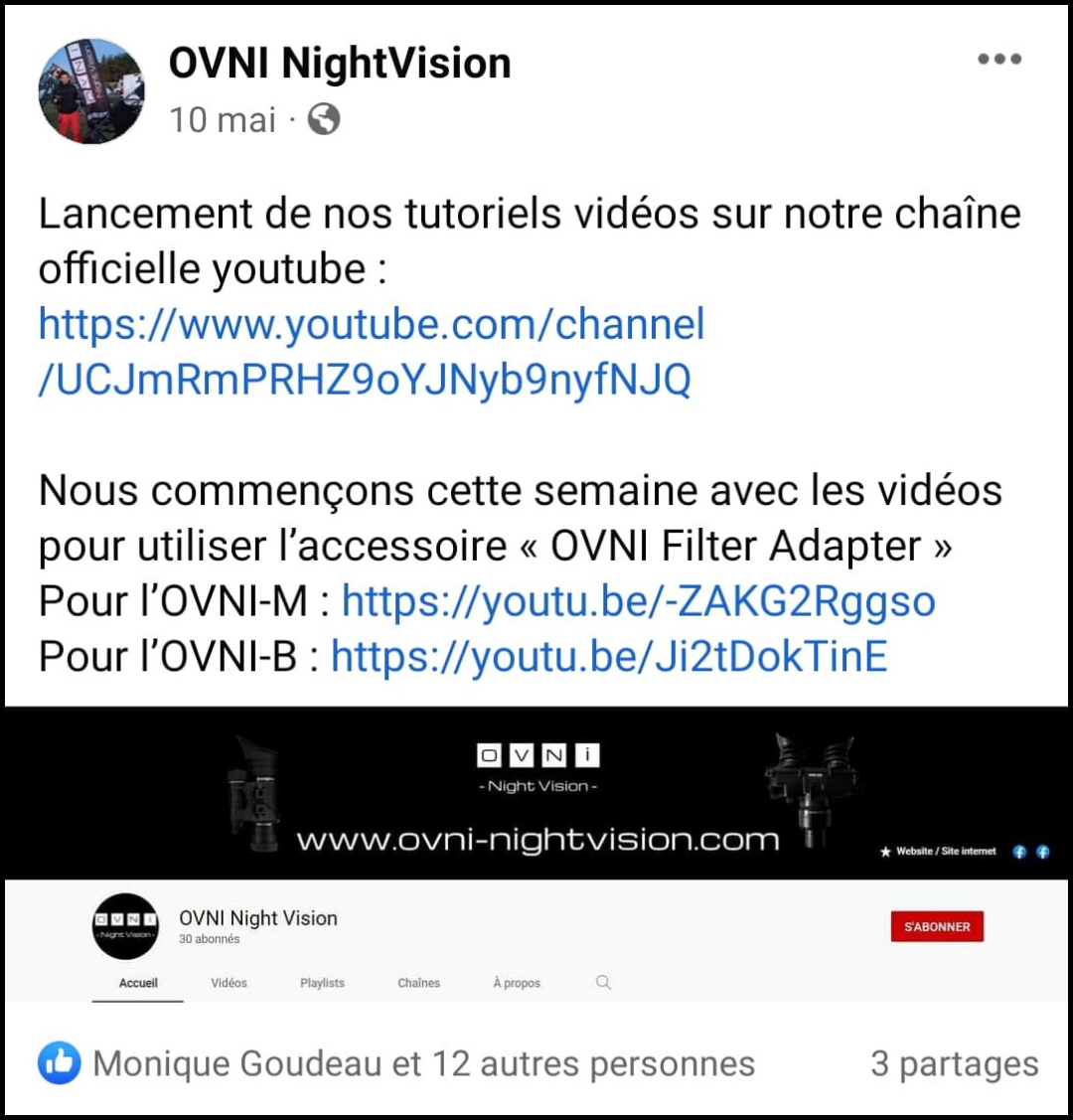 GEN 1: The Generation 1 (x1000 amplification), very bulky and low performance, was developed for the US Army during the Vietnam War. It is this generation that equips the night vision eyepieces that can be found on the internet for less than 1000€.

GEN 2: The generation 2 (amplification x20000), developed a few years later, marks a great evolution because it becomes easily transportable but is still a poor performer in astronomy.

GEN 3: Generation 3 (amplification x70000) was developed for the 1st Gulf War in Iraq. It is the most powerful generation.

GEN 4: Generation 4 is sometimes referred to, but it's not officially recognized  by the US Army. It is about tubes known as filmless or thinfilm, with exceptional performances. It is these thinfilm tubes that are used for the OVNI-M.

It is thus understood that this is a military technology that improves with the wars led mainly by the U.S. Army.

But the export of American tubes is strictly forbidden because it is an ITAR classified product regarding the American regulations on international arms trafficking.

"Export of Night Vision Equipment or related accessories (such as manuals) is strictly regulated by the US Department of State in accordance with the guidelines of the International Traffic in Arms Regulations (ITAR). It is a major crime to ship or carry US manufactured Gen3 night vision devices outside the borders of the United States, punishable by fines and prison sentences. Ignorance of these regulations will not hold up in court. Also, it is illegal to allow a non-US Citizen to look through US Gen3 Night Vision Devices, even on US soil. Again, this is a crime punishable by fines and prison sentences."

However, there are a few manufacturers outside the US who master the process of manufacturing the intensifier tubes. It is these thinfilm tubes, equal in performance to those of the U.S. Army, that are integrated into the OVNI-M.

Since the 2000's, some astronomers have been trying night vision astronomical observation, mainly using the PVS-14, the world's best-selling monocular for armies. These monoculars are intended for terrestrial use and although they are very efficient, they suffer from many limitations for astronomy. It is on this basis that the OVNI-M was born, taking the best of military eyepieces and making many improvements such as :

- possibility of using OVNI-M in prime and afocal

- possibility to use the OVNI-M by hand with camera lenses